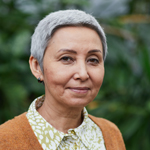 Our senior community is the fastest growing demographic in America.  We thought you might enjoy some of these interesting and awareness-raising facts about seniors.


According to the 2020 U. S. Census, there are 7,588 people over the age of 65 living in Phelps County.
U. S. Census Bureau
According to a Harvard research study, older adults volunteering at least 100 hours a year (almost 2 hours per week) is associated with numerous health benefits such as reduced risk of mortality, higher physical activity, and better psychosocial outcomes.
Harvard
According to the FBI, seniors experience over $3 billion in losses annually due to fraud.  Scams include romance fraud, tech support, grandparent, government impersonation, home repair, TV/radio, and family/caregiver scams.
FBI - Federal Bureau of Investigation
Total losses from romance scams hit a record high in 2021 in the U. S. at $547 million - over six times the losses in 2017.  Average losses are now $9,000 for those aged 70 and older, compared to $750 for those aged 18 to 29.
Federal Trade Commission
National Council on Aging research shows that compared with their peers, senior center participants have higher levels of health, social interaction, and life satisfaction. The average age of participants is 75. And, 75% of participants visit their center 1 to 3 times per week. They spend an average of 3.3 hours per visit.
National Council on Aging
According to Voting and Registration in the Election of 2020 report by the U. S. Census Bureau, 49.7% of registered voters are age 65 or older.
U. S. Census Bureau
Americans age 50 and up contribute so much to the U.S. economy that they would be the world’s third-largest economy if they were counted as their own country. The economic contributions of the 50-plus age group will grow from $8.3 trillion in 2018 to $28.2 trillion by 2050, according to AARP's study The Longevity Economy Outlook.
AARP - American Association of Retired Persons
The United Nations General Assembly declared 2021–2030 the Decade of Healthy Ageing and asked the World Health Organization to lead the implementation. The Decade of Healthy Ageing (2021–2030) seeks to reduce health inequities and improve the lives of older people, their families and communities through collective action in four areas: changing how we think, feel and act towards age and ageism; developing communities in ways that foster the abilities of older people; delivering person-centred integrated care and primary health services responsive to older people; and providing older people who need it with access to quality long-term care.
WHO - World Health Organization